At Identiti we are passionate about encouraging and supporting dental professionals in reaching their goals and potential safely with top quality lab products, training in Orthodontics and Aesthetic medicine.

We provide ongoing support and where we stand out from our competitors is all of our support is provided by Specialists. Identiti was formed in 2020 by Sue Bessant after 10 year as Managing Director at Wired Orthodontics.

We have an all round team of Specialists, GDPs, Technicians and Fabulous Paper Shufflers which we’ve been lucky enough to hand pick from professional working relationships, long term industry friendships, to complement each other with respect and the shared values we hold. 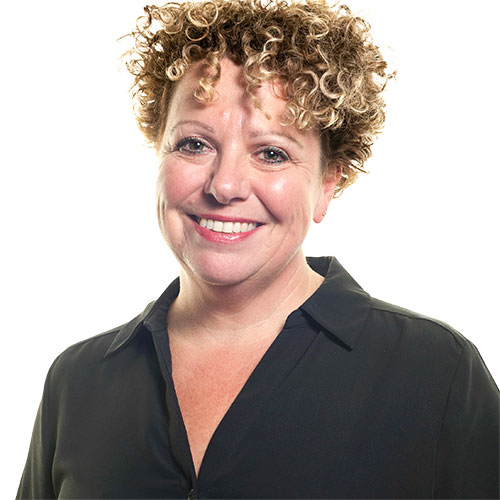 Sue is the Managing Director at identiti Lab and training and formed the company in 2020 after 10 years as MD of Wired Orthodontics. During 2019 she was responsible for setting up identiti training ltd which is an approved https://eduqual.org.uk centre. In the lab Sue is responsible for the digital orthodontic set up of cases for planning and is particularly involved with lingual cases. She prepares the hands on elements of identiti’s courses and enjoys getting to know the delegates and helping them use orthodontics to benefit their businesses (identiti lab costs are about 75% lower than Invisalign).

Sue qualified from South Glamorgan Institute of Higher Education with an Ordinary National Diploma in Dental Technology in 1990, and as part of her training spent placements at Bristol Dental Hospital and outlying clinics.

In 2003 Sue completed her Higher National Certificate in Cardiff. She worked in a variety of dental labs and across all disciplines including crown and bridge, prosthetics, diagnostic and occlusion work and implants, before specialising in orthodontics in 2009.

Outside work she enjoys spending time with her husband and their grown up children, walking the coast paths around her home and spending time in her greenhouse and vegetable garden. Sue also relaxes by scuba diving off the South Devon coast – she’s qualified to Sport Diver level. 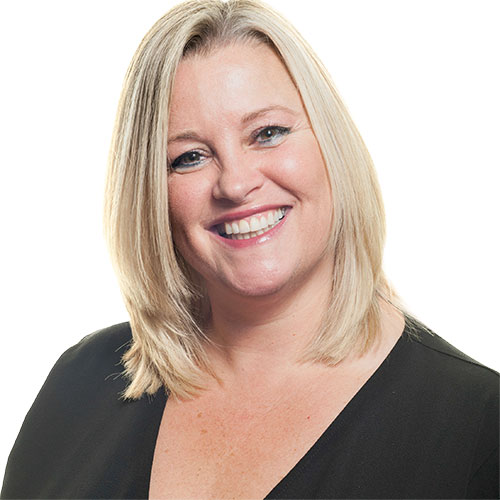 Jackie joined the identiti training team as events manager after 5 years in a similar role at Wired Education. She is the first point of contact for enquiries and handles the booking process through to welcoming delegates on the first day of their course.

She stays in regular contact to keep them updated of dates and times, and what to bring. Jackie enjoys organising the evening meals out for our residential courses, which are social events, and she makes an extra effort to research the best venues and restaurants, to the delight of our delegates and team.

Beside her two grown up children, Jackie’s passions are chocolate, red wine and anything fizzy. 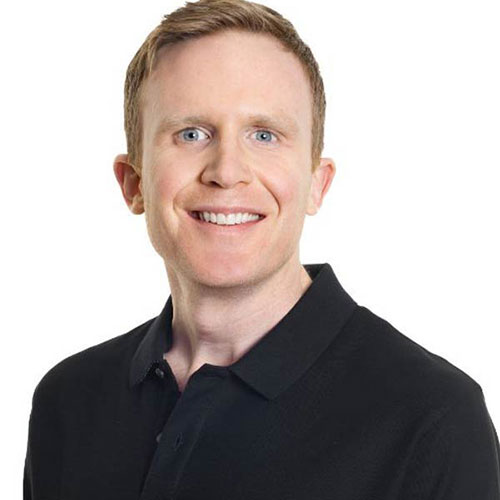 Andrew is a supervising Specialist Orthodontist and lecturer at identiti lab and training, where he shares years of experience with our delegates on the PG Cert Orthodontics for General Practice (EduQual level 7)..

He’s the owner of Park Orthodontics in Glasgow, where he has a strong base of referring dentists sending him pre-restorative orthodontic cases and he splits his work in half between private and NHS. He leans towards Invisalign and lingual appliances with private patients.

Having grown up in Edinburgh, Andrew received his BDS in Glasgow before moving to Sydney in 2002 to teach oral surgery. He lived in Newcastle upon Tyne and Middlesbrough for six years, completing post-graduate training there to receive his Membership in Orthodontics (MOrth) and a Master’s degree (MSc) in 2010. Andrew lives with his dentist wife and three children. He drives an electric car and admits to being a coffee snob. He’s a keen runner, skier, footballer, golfer and swimmer, and practises yoga to help himself recover. 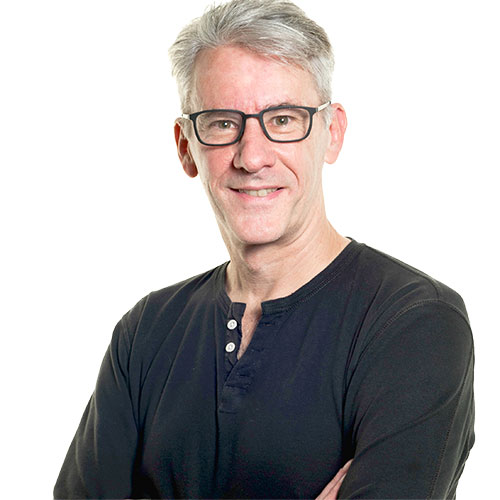 Rob is a supervising Specialist Orthodontist and lecturer on the PGCert Orthodontics for General Practice (Eduqual level 7) and Complete Lingual Orthodontics course at identiti training.

Rob started his career as a dental technician before training in dentistry at Birmingham University. He spent two years working in maxillofacial surgery units before undertaking further training as a registrar in restorative dentistry.

He trained to be a Specialist Orthodontist at Guy’s Hospital in London, receiving a Master’s degree from the University of London and Membership in Orthodontics from the Royal College of Surgeons of Edinburgh.
Rob was a lecturer at Birmingham University for eight years prior to becoming a visiting academic fellow at Warwick University for a further seven years, where he supervised Master’s students and was also one of the first dentists in the UK to obtain a Master’s degree in lingual orthodontics.

Outside work Rob enjoys long distance triathlon and trail running – he’s a qualified Level 2 Triathlon coach, focusing on swim coaching for his club. He is married with three children and a dog. 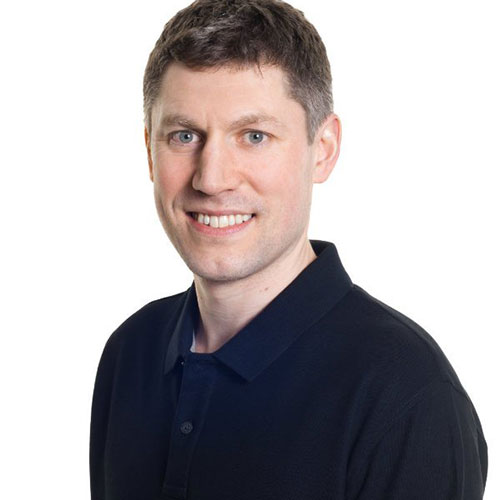 Peter is a supervising Specialist Orthodontist and lecturer at identiti lab and training, where he shares years of experience with our delegates on the PGCert Orthodontics for General Practice (EduQual level 7).

Originally from Northern Ireland, Peter qualified as a dentist at the University of Glasgow in 2002. He worked in general practice and hospital placements in Newcastle Upon Tyne and New Zealand.

He undertook his Specialist Orthodontist training at Leeds Dental Institute and York Hospital for three years. He received Membership in Orthodontics from the Royal College of Surgeons of England in 2010 and a Master’s degree from Leeds University in the same year.

Peter works in a specialist practice in Yorkshire where he has developed an interest in adult orthodontics, particularly in the provision of clear and lingual braces. He regularly attends specialist training programmes and is a registered Invisalign provider.

Outside work Peter’s young family keeps him busy. He also enjoys several outdoor sports and is a keen cyclist. 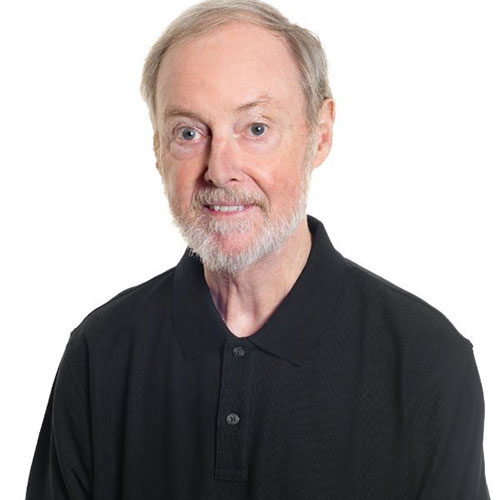 Peter is a lecturer on the Complete Lingual Orthodontics course at identiti training. Born in Liverpool, he moved to Brazil in 1971, where he graduated from the Universidade Federal do Rio de Janeiro in 1984, becoming a specialist orthodontist.

He participates in the most important international conferences and practical and theoretical courses on lingual orthodontics. Outside work he enjoys spending time with his adopted children, playing football, running and chess. 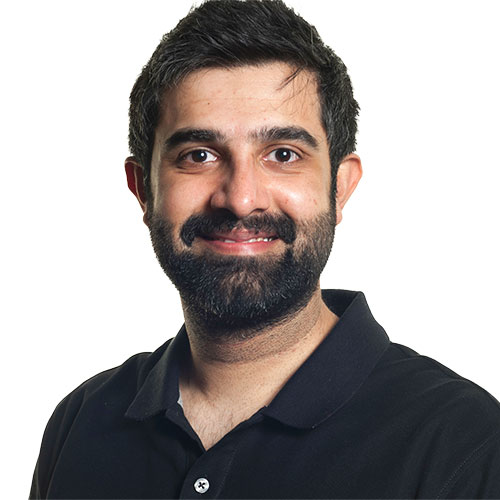 Parm is a general dentist with a keen interest in challenging cosmetic cases and orthodontics. He is married to a dentist and brother to a dentist, he’s truly devoted to his vocation.

Outside of work Parm enjoys photography and cooking and plays football regularly to keep fit. 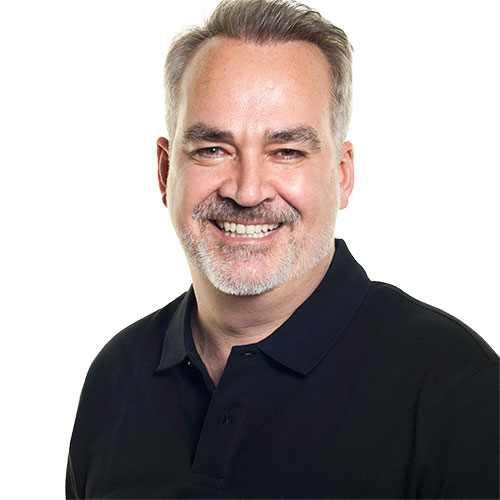 Tim is general dentist and in his career learned from leading clinicians how to integrate and implement non-surgical cosmetic treatments into the dental practice. Today Tim splits his time between working in practice MyFace combining non-surgical treatments with cosmetic dentistry, and training in facial aesthetics. He also works as a clinical supervisor at Birmingham University teaching undergraduate dental students.

Tim is part of the team who have developed and deliver the PG Certificate in Aesthetic Medicine (EduQual level 7). 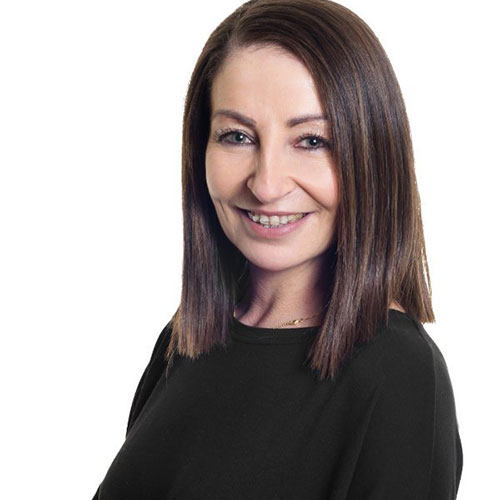 Martina graduated from Queen’s University Belfast in 1998. She has a specialist interest in orthodontics and facial aesthetics and in 2016 received a distinction in her Post Graduate Diploma in Aesthetic Medicine from Queen Mary’s University in London. https://martinacollins.com

Martina is part of the team who have developed and deliver the PG Certificate in Aesthetic Medicine (EduQual level 7). 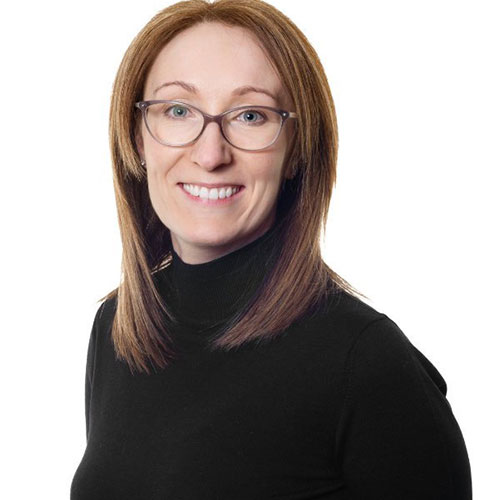 Janice graduated from Queen’s University, Belfast and has over 15 years private practice experience. She also has a Certificate in Advanced Restorative Dentistry from Manchester. Janice has a special interest in endodontics, orthodontics and sleep dentistry and is also a member of the British Society for Occlusal Studies (BSOS).

Janice is part of the team who have developed and deliver the PG Certificate in Aesthetic Medicine (EduQual level 7). Her particular passion is PRP and she is very excited about he results she’s been achieving with hair rejuvenation. Janice practices at Sandown Dental in Belfast.